Skip to content
In my previous post I have shared how to create a simple and very effective and versatile softbox with the empty pringles tin. Below you can find a close up picture taken with the help of this softbox.
As I have found WITH and WITHOUT the softbox picture remarkably different, I wanted to share the result with you as well. The first shot is obviously taken under the pringles softbox. You can see in the top right quadrant white shape of the long light source. I love the effect, which adds third dimension, adds “liquidity”. Overall lightning is evenly distributed.
While the second shot (below) is taken under the ambient, available light in our kitchen. Not as good, would you agree.  Whole set up is visible at the few other pictures. You can notice, that the light source is really very very close. I have used 1/4 power of the SB-900 output. It looks quite close to overexposed the subject, however, two points have to be taken into a consideration. 1.) Aperture f/11 was relatively narrow (and as we know, it is the aperture, which controls amount of the flash light at the picture). And 2.)
white clothes over the flash (and the construction of the softbox itself) have “eaten” a significant amount of the light. By my initial estimation at least three or four stops. So that’s why I needed to get so close with my light source. 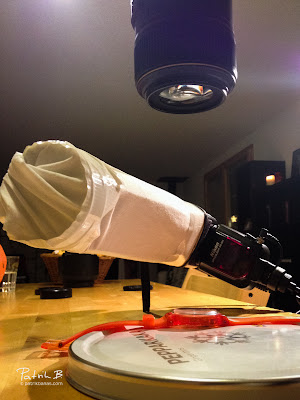 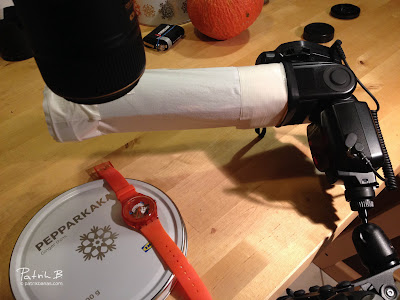 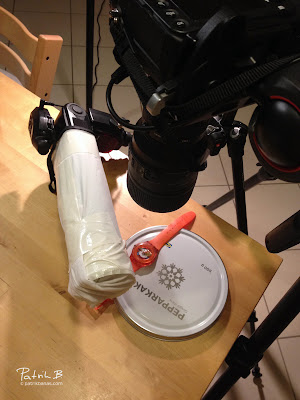