I can’t thank enough Monika for involving me into a project 52! I’ve kicked myself out twice this week – just to go shooting for fun and pleasure. I’ve tried live models – Chocco and Willis and I got quite decent result, but I still had one more good “opposite” idea, so Friday afternoon I’ve grabbed my son’s toys and went few blocks away, where our city is reconstructing Baxter road. And I’ve just played. HDR, single shots, with flash, without flash… Coool! Just a time for myself 😉 And this is my the most favorite one… Few more are inside the article. 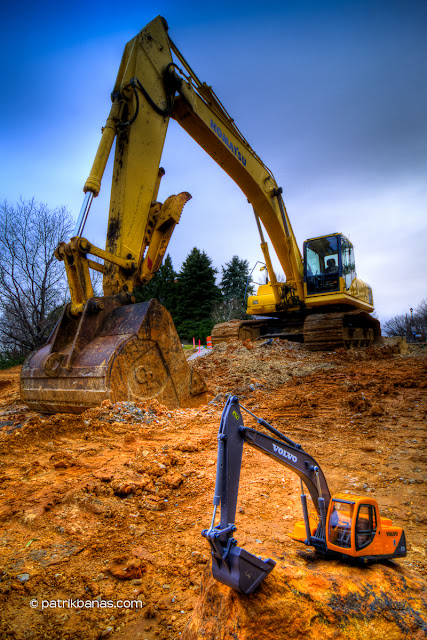 BTW – Two neighbors stopped by questioning me, if I’m from union (I was in orange hoody 😉 or what the heck I’m doing in the construction area on Friday afternoon with tripod! 😉 Don’t you love being photographers? 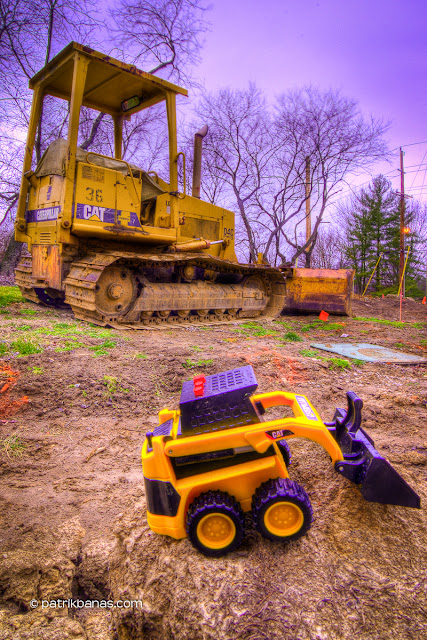 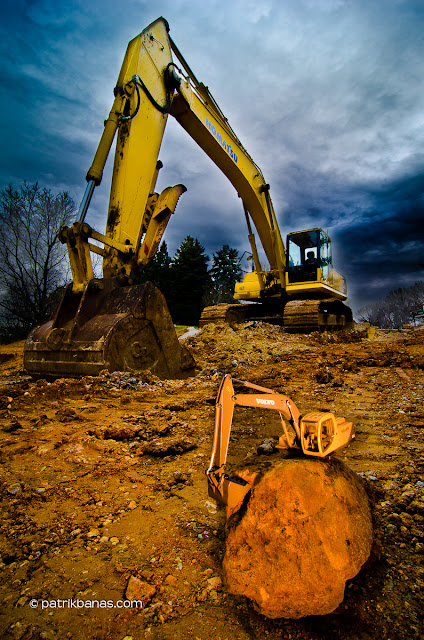 This one is not HDR in a typical HDR meaning. It’s a composite of three shots. One layer of very underexposed one, to get details of upcoming storm sky. Normally exposed bulldozer in the middle and the third one is an additional picture, with a small toy on a boulder lighted by flash with orange gel. A bit too artificial, but hey, what the heck… I said I was just playing 😉