There’s a saying, which is becoming a cliché nowadays – the best camera is the one you have with you. Can’t agree more! Three days ago I’ve packed my kids to go see Christmas wonderland to nearby Tilles Park. Thank god for not forgetting (just in case!) also my beloved point and shoot, which is is not “just point and shoot” 😉 Leica is shooting to raw and is able to set up manual exposure…  It can become handy.
Right when I was entering with my car into an inverted tunnel made of hundreds of thousands little lights (inverted because light is inside and against a common believe you can see the dark at the end of the tunnel 😉 I’ve realized – what a spectacle! First snap was “okay” (see below), but the one with shutter opened for one full second while driving looks cool, huh? 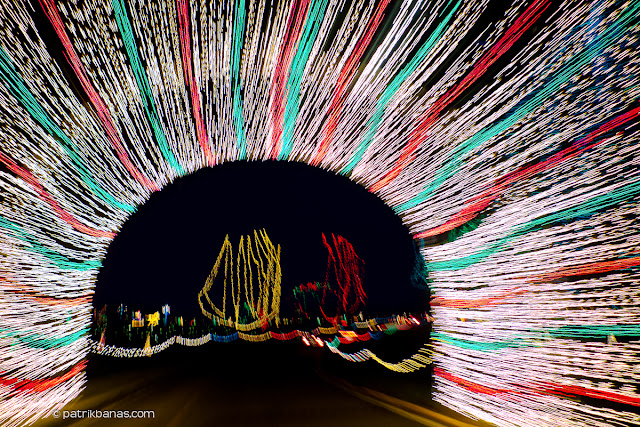 And yes, this has been taken through the windshield! 😉 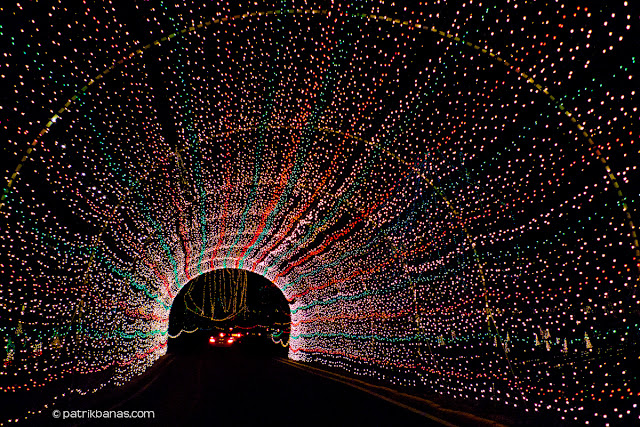 This is an original shot with 1/100 sec shutter speed… I love playing with shutter speed!
And for my non-US friends there. Well, Christmas Wonderland is something very very hard to describe, you must experience it 😉 Sooooo typical american xmas tradition, but have to admit, great if you have kids in  age between 3 and 13 😉 Imagine kind of drive-through light show. Park is decorated with millions (literally) lights in the shape of xmas creatures, snowflakes, santas, rudolph-the-red-noses and other winter designs… and you are driving slowly through it. In your car. Walking is not allowed. Funny 😉

Oh yeah, and this is the inverted tunnel itself, from a distance… 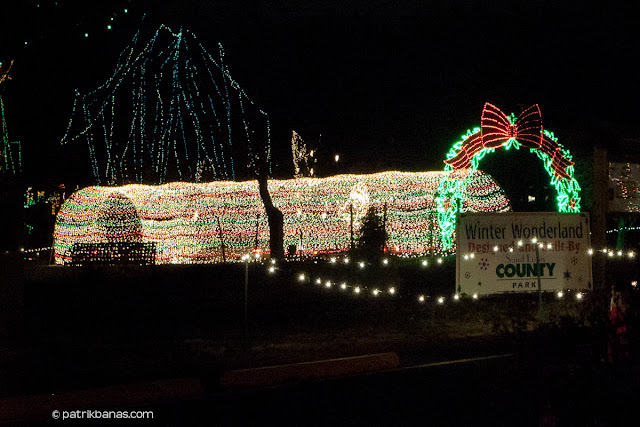