Skip to content
Don’t get fooled by the man standing next to the rising sun. No, this is not a country of the rising sun, even though Japan is pretty nearby. This is South Korea, where everybody is pretty convinced, that a merge with North brothers is just a matter of timing, there’s not doubt about the merge itself. And it’s also a country of a FANTASTIC kitchen, and I’m becoming more and more fan of Korean food (kimchi or bibimpa? anyone?)
Anyway, I got again a exciting afternoon opportunity to see Seoul through my camera lenses. 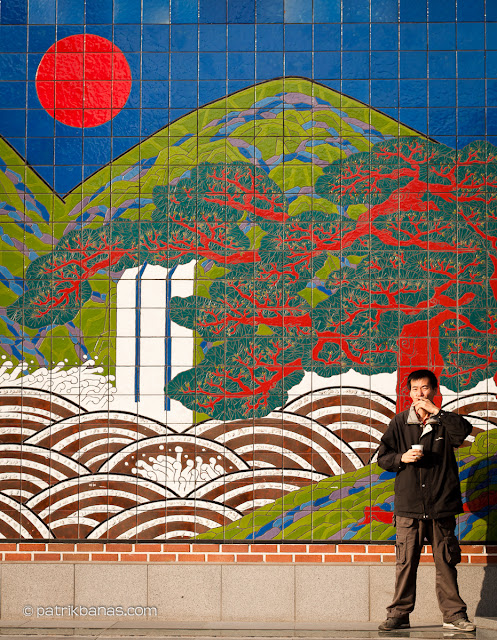 BTW, did you knew, that Seoul is the second biggest metropolitan area in the world !?! Population wise. Number one is Tokyo, third one is New York. 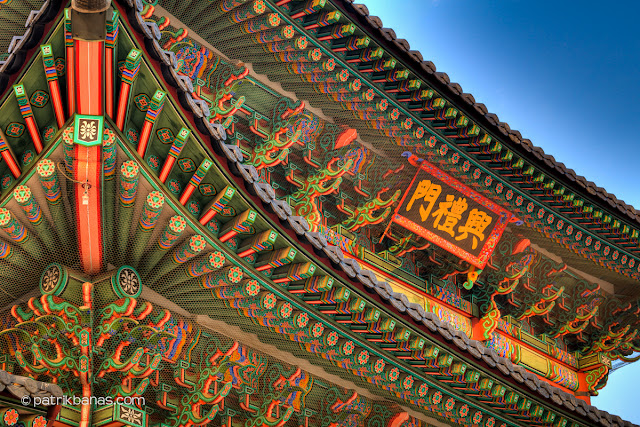 Unfortunately, Gyeongbok Royal Palace was just closing when I’ve arrived, so I don’t have a lot of shots from the inside. But this has been well balanced with the outdoor ones, where I’ve spent next two hours, just playing. And a photo below is my favorite one from that evening, as I really love the combination of several different sources of the light here. Blueish sunset sky, already lit front gate, street lamp, few traffic lights, strikes of the passing cars and my remotely fired flash hidden in the flowers at the bottom. And at the top of it – so peaceful and empty street, which is a nonsense, as this is one of the busiest roads in the north part of the city… 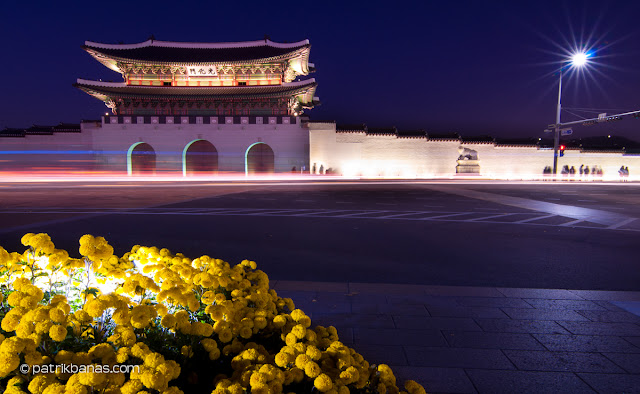 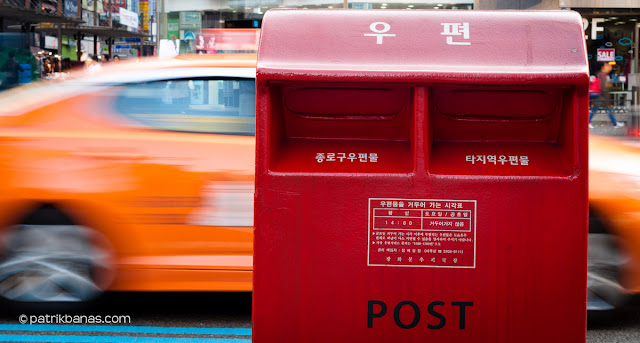 This is quite a mystification, as Seoul is not such a colorful at all. Orange car is actually a taxi, in a very, very rare color. About 95% cars in Seoul are black, grey or white (and I bet 4% of the remaining 5% are foreigners living there 😉 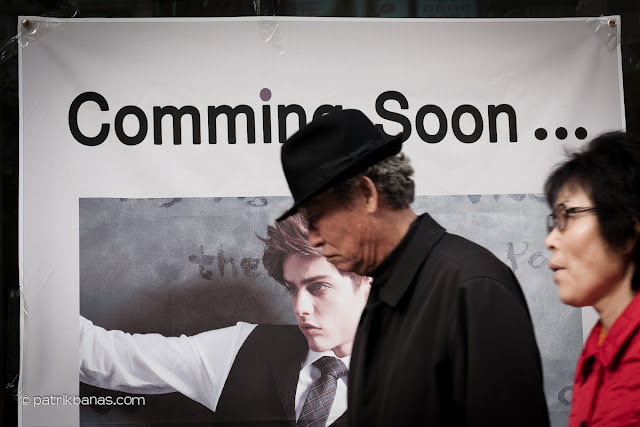